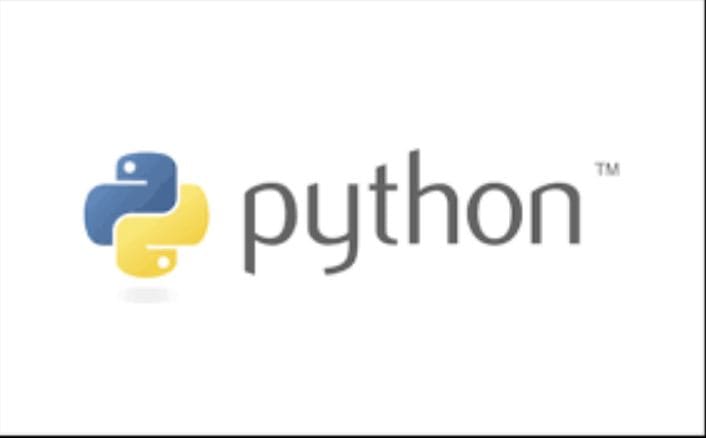 One programming language which focuses on ease is Python. It comes in a multi-paradigm through which programmers are able to write code in object-oriented, structural and functional programming styles.

It is being used in different fields like machine learning and web development. Today it is one of the most used programming languages after JavaScript.

How the idea of Python came along

Its main character is Guido who served as benevolent dictator for life (BDFL) for python thus having an impact on the decisions made to language changes and updates.

Van Rossum was working on Amoeba back in 1989 for which he was developing system utilities. During this Guido sensed that it takes a lot of time in the development of C. At this moment he decided to make a language that would ease up his work too in a fast way.

He somehow has little idea of scripting language which would be between a shell script and C: interpreted but would be programmed easily and more readable than shell scripts.

This language turned out as Python which has been named after the British Surreal comedy troupe Monty python.

As it progressed at CWI he agreed with his manager to publish it as open-source.

It got published its source code of Python’s interpreter to alt back in 1991, this was a Usenet group of open-source code. Back in the previous time being open-source was considered a thing as compared to today which is totally normal.

Like there were many proprietary languages but for them to be popular was quite hard. At that time what helped it succeed was an open-sourcing python.

Obviously, some difficulties were there in sharing of open-source code as it was to be split into 21 uuencoded messages to be shared on the newsgroup. Still, it was great why as it was much easier than carrying a physical version of the source code.

The first release which was 0.9.0 came out and has different features for its users like classes, exception, handling, functions and other core datatypes such as list, dict, str and many more. It got its inspiration from ABC this was yet another language that Guido spent some time implementing at CWI. His aim while doing all this was to take all the good parts of ABC while fixing the rest.

After version 1.0 came out in 1994, this was a separate Usenet group marking a milestone in the history of Python.

Now, at that time many similar languages came out like Perl and Ruby through which we can access the need for such language was in the air.

Python gets noticed by NIST

NIST invited Guido to the USA which is the US National Institute for Standard and Technology.

It showed interest to use it for different standards-related projects and needed someone to boost their python skills. For them, no choice can be better than the creator himself.

With such big support, he started running workshops and took part in conferences thus spreading it and attracting key contributors that would have prime importance.

This led to a great job offer by a non-profit research lab known as CNRI, by now he was able to make a great team of enthusiasts and released new versions 1.3-1.6 as well as built infrastructures such as a website and mailing list.

By this time the language got into good shape and with defined principles and priorities.

Zen of Python which is a set of aphorisms from Tom Peters who is a software engineer is a great example of python’s principle.

It was later used to build products such as Microsoft Merchant Server which was a part of Windows NT in 1996.

Its version 2.0 came out in 2000. What new it has was list comprehensions a feature present at that time in functional programming languages such as Haskell. More features were also added like Unicode support and a full garbage collector. With all this future of python seemed to be secured.

In the same year, work was started by the core developers for the next version 3.0. Their aim was to streamline it, cut language constructs and functions which were not needed or it has accrued in the last 20 years.

All their countless effort resulted in version 3.0 which was incompatible and came out in 2008. Its release however resulted in certain complications.

The developers did not have in their mind how much it was being used and how much python code out in the wild all depended upon the other python libraries. Therefore, as it was easy to move one’s script to version 3 it was a lot harder at the same time to move programs that relied on third-party libraries as they were not able to upgrade at such as fast speed.

This however resulted in painful movement but improvised the language. Version 2 had its retirement in the year 2000.

It had steady growth from 2012 but after some time started on a growth trajectory which soon enabled it to rival many other top-rated languages like Java and JavaScript.

With the growth in various fields such as big data, and machine learning and an increase in the number of developers its popularity skyrocketed.

According to Google trends, by 2016 its machine learning popularity reached an inflection point. This was a year after the release of TensorFlow, Google’s ML library which was based on deep learning and has a similar rise in global interest in machine learning.

Where is Python headed?

It is a great option for quick yet simplified web development for having frameworks such as Django and Flask.

As it has heavyweight libraries such as TensorFlow and Keras it has great support for ML across all the programming languages. It is a preferred choice for ML experts and data scientists due to its simplicity and easy syntax.

It carries some great tools for data analysis and visualization which makes it the best yet reasonable choice at any point in the data pipeline.

What’s great is that it enables specialists in other domains to start with programming. It is being popular day by day all due to being versatile in nature and being applicable to all fields which are getting boosted with automation, machine learning as well as big data.

It has second place in RedMonk Rankings and Fourth in Stack Overflow’s most popular technology lost. For now, JavaScript is its biggest competition.