Python is a versatile programming language that can be used to build sites, apps, automation, AI and software, automate tasks, and conduct data analysis. The platform is irrelevant as you can now Install, create and run Python programs on your Android smartphone. However, we would suggest the experience is somewhat addicting and very geeky!

It is quite a high-level, widely used and general-purpose language that can run on Android via different applications there from the library of PlayStore.

Python provides the following in a nutshell:

Just imagine building and running a python app, whether it is a command line tool developed to fetch your favorite curated articles from the web or starting a web server that runs right in your hand. Well, it is totally possible, here is how: 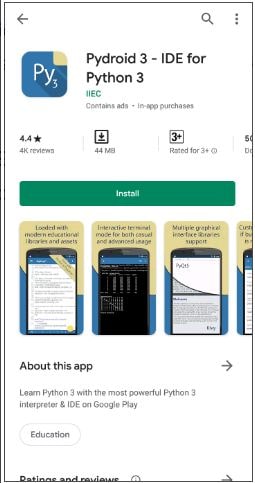 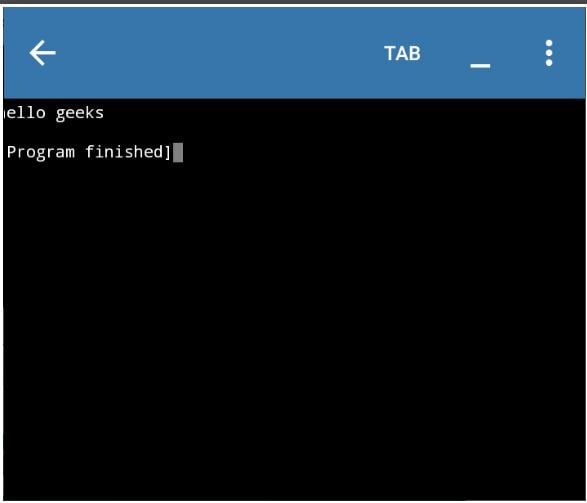 It has been installed successfully.

ALSO SEE: How To Create Your Own Bluetooth Signal Jammer App with Python (Source Code).

You need to Install the Termux application which is quite a powerful terminal emulator which shall offer you with most popular Linux commands along with many hundreds of additional packages for an easy process of installation. The best thing is that it does not need any kind of special permissions, you can either use default Google Play store or also open the source application repository.

Once this has been installed, you need to launch it and perform certain requisite software installations with the help of using Termux’s pkg command which is as followed:

Just add “pkg” in the beginning of each command below before running it.

Then perform the update in order to bring all the installed software up to date:

Next, install Python by using the following command: 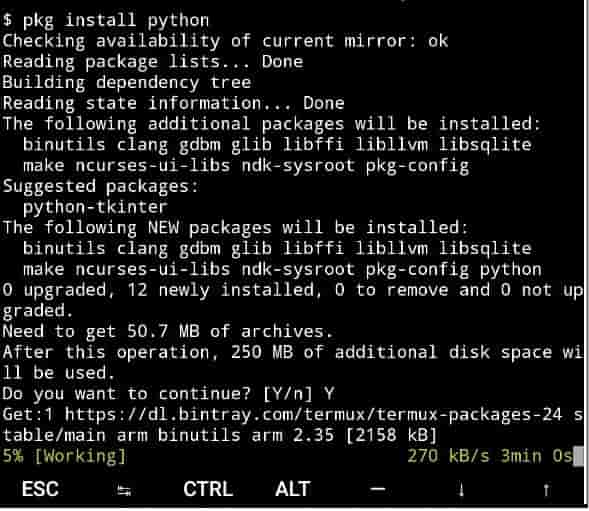 Once the process of installation and auto set-up of configuration is completed it’s now time to build the application.

As the terminal has been installed now you can work on Android Smart Phone devices largely as if it was yet another Linux system. This however is a great demonstration of how powerful the terminal really is.

First things first, you need to begin by creating a project directory:

After this, you need to create Python virtual environment. This is quite a common practice for developers and it also helps keep your project of Python independent of the development system.

Now, within the venv virtual environment you can install Python modules that are specific to the application, you should read our Python venv 101 guide before continuing to get a better understanding on how it works:

You need to then activate a new virtual environment (keep in mind that two dots at the beginning are separated by space):

Now you are all good to go and only need to write code for the application.

For this, you need to have experience with a classic text editor such as Visual Studio. We have used vi. If you don’t have any kind of familiarity with this then install and try vimtutor app which is able to teach you how to use it. If somehow you carry a different one which you prefer like Emacs then you can install and use those as well.

As the demonstration application is simple for now you can just use the shell’s heredoc function which allows you to enter text at your prompt directly.

This shall be a six-line code but with this, you need to import Flask, create an application and then route the incoming traffic towards the function which is known as hello_world.

After this you shall have the web-server code all ready, it is now time that you set up some environment variables and begin the web server on your smartphone device.

This informs that you carry a tiny web server that is running there in the local host which is your device. This is a server that lists requests looking for port 7000.

There on your smartphone, you need to open http://localhost:7000 to see the web application.

You have not compromised the security of your phone. You are just running a local server which means that the phone is not accepting any kind of requests from the world outside. Only you have access to your Flask server.

If you intend to make your server visible then you can disable flasks debugging mode by adding in –host=0.0.0.0 to run the command. It is for sure open ports so make sure to use it wisely.

To stop the server you simply need to press Ctrl + C there from the keyboard.

Remember: You can always change the port number, the default is 5000.

Android itself is a very popular platform and allows a lot of freedom and features on the device. You can create fully fledged Python apps on Android using Pydroid and Termux with venv virtual environments. How much more geeking can you want? You are now successfully running Python code on Android.