Today most of the popular sites or application software are powered by Python as it is a widely used general-purpose programming language. Now why it is popular among users, all due to its simple yet easy-to-understand nature. We prefer using it all the time. As a bonus, it has many Integrated Development Environments which are used for editing and programming in it.

We usually suggest and prefer Vim/Nano for the terminal but many other IDEs such as PyCharm, GNU Emacs and PyZo are available for Ubuntu.

Why use an IDE on Ubuntu

Ubuntu is the most popular Linux distribution out there. It has a very friendly graphical interface making it easy for new starters. There are also tons of community support and tutorials on the web along with their built-in store where you can install popular software instantly.

Another major reason is because of the stability it offers, developers prefer this because no one want’s their laptop to shut down while they are compiling code. Canonical, the company behind Ubuntu is always releasing new features and improvements along with providing long-term security updates.

There are also claims of faster code compile times with Ubuntu 18.04 and above. You can also use known fast Python compilers to help with saving time while you are building your application but remember, it’s not about the destination, the journey matters too..

7 Free Python IDEs you can Install on Ubuntu 20.04 and below (Online/Offline)

This has a lot of popularity among users and comes in two different editions: community and professional. The former comes in free and is open-source whereas for the pro-edition you need to pay. It can be customized according to user needs and is rich in features such as Integrated Unit Testing and Python Debugger. 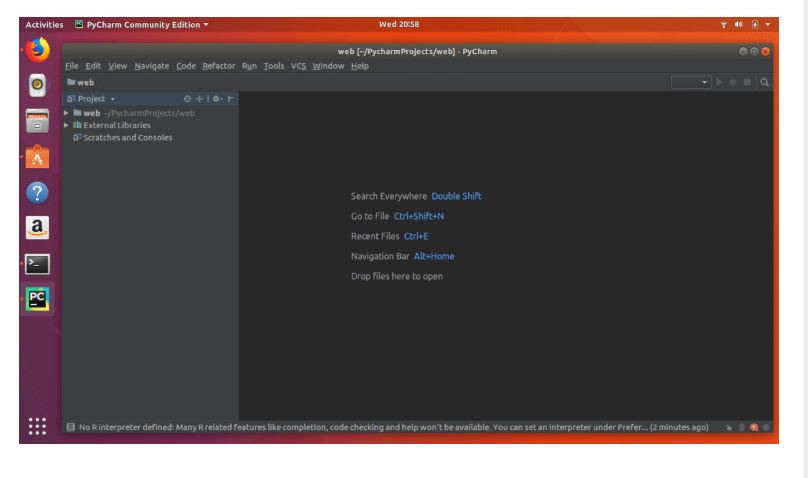 This is seemed to be the best GUI in the market when compared with others and is a priority choice for professional developers. You can find it for the latest release of Ubuntu under the snap package.

The professional edition includes useful smart assistance that helps you write code. It suggests code as you write making it faster and more efficient.

Users can directly download it from the Ubuntu Software Centre or run the following in the terminal:

This is a great and most preferred one on this list. It is being used in all college projects as it makes difficult tasks such as programming very easy. Due to be being fast and customizable in nature it is being used by most of the developers and users of Linux. The best thing it makes debugging very easy and provides support for different tools and plug-ins.

The best thing is that we can use this both as a command-line interface and a standalone app. If you are new to this you might find it to be difficult but as you get used to it you will love programming on this. 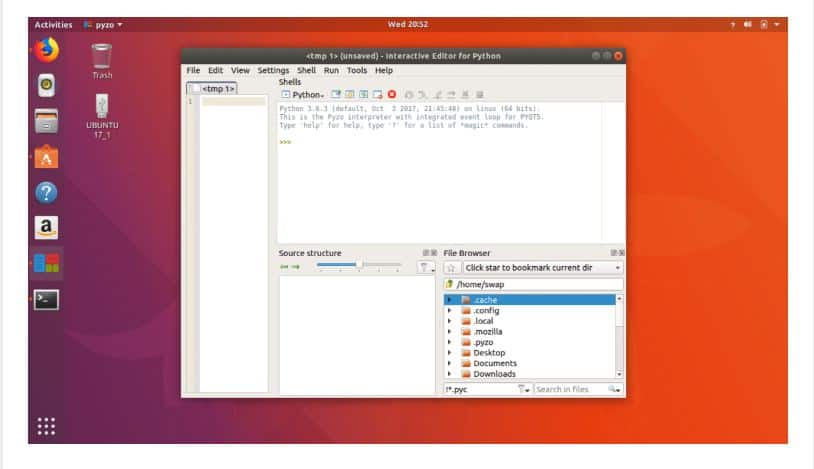 This one is based on Python and uses conda to manage its packages. This open-source program is simple with an interactive IDE. The best thing is that it does not compromise with its features and provides the best ones to its users.

It is rich in features such as:

The best thing which makes it stand out from others is that it features help, file browser and major support for popular programming languages.

We can download and install this from Software Centre and the terminal:

Run the following command to begin Pyzo IDE once it gets installed.

This is another option on the list which is an integrated development environment both written and developed in Python. It is an open-source and cross-platform IDE that provides support to many different programming languages. It is rich in features and offers users with the following:

It carries a graphical user interface that is both simple and can be customized according to need. It also provides support to plug-ins and extensions. Moreover, what makes it unique is that it sports an integrated class browser which you shall not find in many of the IDEs.

This is an integrated development environment and a cross-platform code editor. It can be customized according to user needs and also provides support for Python programming language. It is a powerful option available on the list for programming in Python. 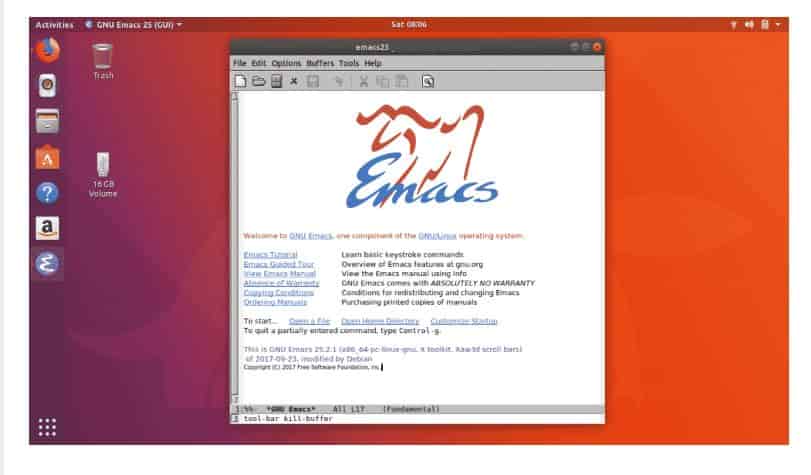 GNU Emacs carry a user interface that is simple in nature plus offers users an excellent experience. The best thing about this one is that it is not only limited to programming but can also be used for email, web browsing and much more.

Spyder – Easiest of them all

This is a cross-platform integrated development environment that has been designed primarily for scientific programming in Python. The best part is it is multi-language and is rich in features which are as followed:

Its user interface is a layout based due to which it is easy to navigate and use even if you are a new user. It provides support to IPython, NumPy, SciPy and many other open-source software.

We all know Atom was developed by GitHub, it’s the most popular one out there used by students. This free and open-source text editor with features just like an integrated development environment. You can have the same IDE-like function to an Atom just by installing a few extensions and plug-ins like Emmet. 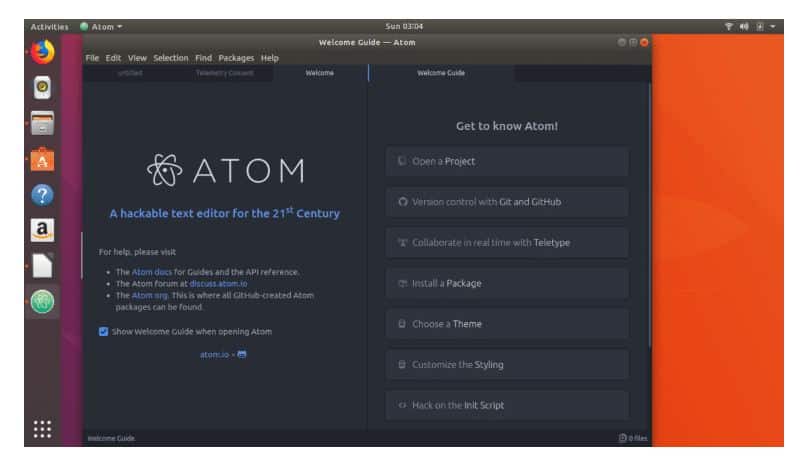 If you are using Ubuntu 20.04 or below these are the best 7 Python IDEs you can install hands down. These are very unique and are not high on using system resources such as RAM or CPU while being used. Emacs and PyCharm are recommended by us as I have taught various users how to code Python on them and they are very easy to get to know.

Do let me know in the comment section which IDE you are using and prefer or if its not included above, we can add it on the list.

The Best Collection of Free Code Editors and IDEs for Linux

How to learn Python faster as a beginner? (9 tips to get up and running)

Which Python Compilers are easy for new starters? (6 Free &...

The Best Collection of Free Code Editors and IDEs for Linux

Ninja-IDE is unlike any other Integrated Development Environment for programmers. It is 100% free, open-source and has over 70+ plugins that extend compatibility and integration with other services.

It is heavily friendly with Python and allows easy project management with the help of its powerful file management capabilities.